Our region is one of four in the country where a player can develop from amateur to professional status while exclusively playing for teams in our district. Below showcases the Hamilton Soccer Player Pathway and the clubs in our region at each stage of development. Utilize the image and information below to determine what level you are at and what your next stage of development is. 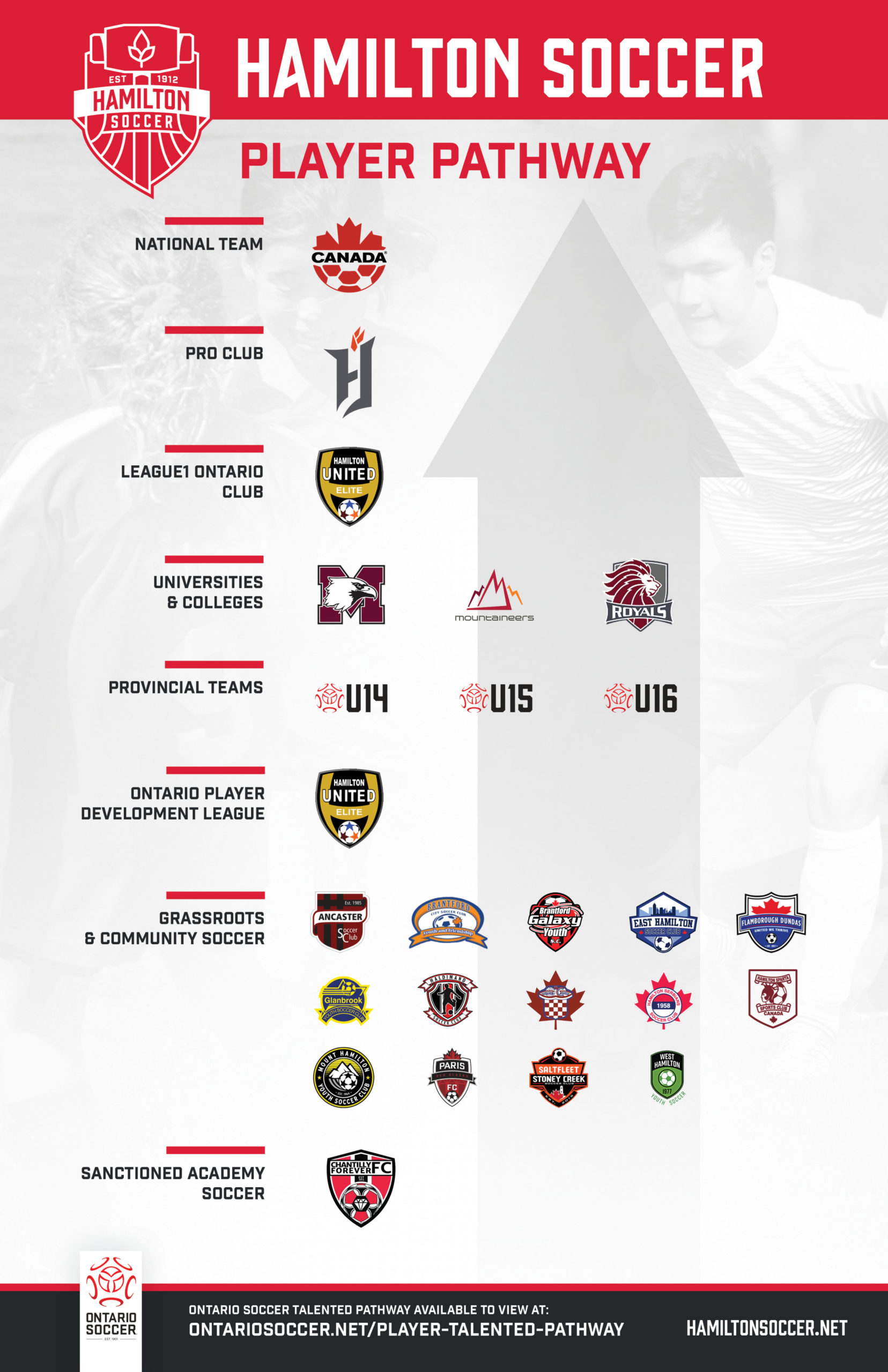 The highest level a player can play at, Canada Soccer provides multiple ages at which players can represent their country. Hamilton has seen a handful of players play at this level most notably Milan Borjan, Greg Sutton, Melissa Tancredi, Lydia Vamos and John McGrane.

Forge FC is the lone professional soccer team in our region, and the inaugural Canadian Premier League Champions of 2019. Playing out of Tim Hortons Field, Forge complete the player pathway allowing Canadians and Hamiltonians a chance to play professionally at home.

L1O is Ontario’s pro-am, standards-based, senior league. Founded in 2014, the league began with a ten team men’s division, which has now grown to 16 teams in the men’s division and includes a separate 14 team women’s division. League1 Ontario serves as a stepping stone between the high-performance youth level and elite amateur and professional levels of the game. League One is often a home for collegiate players from USports or NCAA which allows them to continue high level play in the university offseason.

Ontario Soccer provides provincial competition opportunities to further development of talented players in the region and be scouted for the national team. The OPDL is the primary competition that players are scouted and selected to the program.

Hamilton United Elite is the only club in our region that holds and OPDL License, similar to the L1O teams, are supported by other teams in the region. This allows for the movement of talented players to move to a higher level and develop with the best young players in the region against the best competition in the province.

Available to all ages and skill levels, our community clubs are the best places to start when new to soccer. Supported by technical staff and standards based training, players have the ability to move from fun to competitive levels of the game.